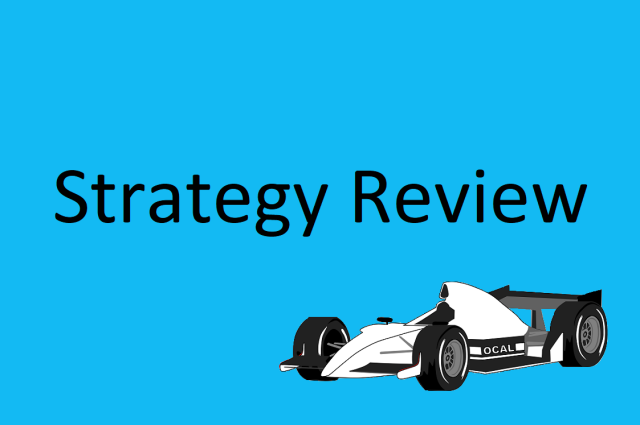 Hamilton cruised to victory at the Spanish GP on Sunday 20 seconds clear of his teammate in second place. The race was a fairly easy one for the championship leader, especially once Ferrari decided to bring Vettel in under safety car and put on fresh medium tires. From there on out it was a simple case of staying on the track that brought Hamilton his second win of the year.
Vettel was the first of the leaders to pit on Lap 18, attempting to undercut Hamilton who had a 7.5 second lead on him at the time. With a pit-lane delta of about 21-23 seconds, Vettel came out 30 seconds behind Hamilton after his out lap. Over the next 5 laps, Hamilton continued to stretch his lead over Vettel, even though the former was on fresh tires. By the time Hamilton pit on Lap 25 he had close to a 33 second over Vettel and would end up coming out of the pits with fresh medium tires 12.5 seconds in front of Vettel.
Hamilton’s tire management during the first stint while he was on the softs was spectacular as he was able to pull out a lead on Vettel even once he had pit. It allowed the Mercedes car to go seven additional laps past what Vettel did on softs comfortably. This made his second and final stint, 40 laps on the mediums, relatively easy for Hamilton.
Besides the difference in pit-stop laps between the primary contenders, the first stint strategy was what we had expected for this race. The interesting strategy component of the race came on Lap 41 when a virtual safety car was deployed. While Hamilton, Bottas, and Verstappen all stayed out, Vettel decided to pit from second place while the virtual safety car was out. He put on fresh medium tires, but because of a very slow 5.6 second stop from his team, he came out behind both Bottas and Verstappen. Had he had a good stop, he would have come out about one second in front of Verstappen but still behind Bottas.
For the rest of the race, Vettel struggled to make up any time on Verstappen while Hamilton continued to pull away from the field. Vettel finished just off of the podium in fourth.
Now, let’s break down the decision to pit Vettel under the virtual safety car.
If Vettel didn’t pit under the virtual safety car, he would have had to stretch his first set of medium tires 48 laps, which is right at the edge of how long the data indicated the mediums could go. Both Bottas and Verstappen would have had slightly fresher tires (2 and 17 laps) and be about 5 and 12 seconds back, respectively. The fact that the two guys behind him had fresher tires could have partially played into the decision to pit as well, especially if Ferrari had any thought that the other teams would need to pit as well.
What’s interesting is that Bottas had tires with 15 more laps on them than Verstappen at the end of the race and was only losing around two tenths a lap in the closing part of the race. This leads us to believe that had Vettel stayed out, he would had a good shot at holding off Bottas and a near lock on third place even if Bottas got by him.
But this assumes Vettel’s tire wear would be similar to that of Bottas’, which it wasn’t. After the race Vettel said, “we were going quicker through the tires today” than other teams, so it’s unlikely the one stop strategy would have worked for Ferrari. The two stop strategy employed for Vettel on Sunday was necessary to get him to the finish. If he had more speed on the medium tires, he might have been better able to track down Verstappen for a podium finish at the end.
While initially a head-scratcher during the race, after breaking down Ferrari’s strategy, it appears they made the right call by bringing Vettel in. If he and the team knew the tires weren’t working well for them at Spain, it was preventative to bring him in and get fresh tires for the rest of the race, especially under the virtual safety car when his loss of track position would be minimized. Leaving him out on tires that weren’t aging well could have put him at risk for a puncture or very poor traction at the end of the race, causing him to slip even further down the grid.
Follow The Single Seater on Twitter!
by Drew