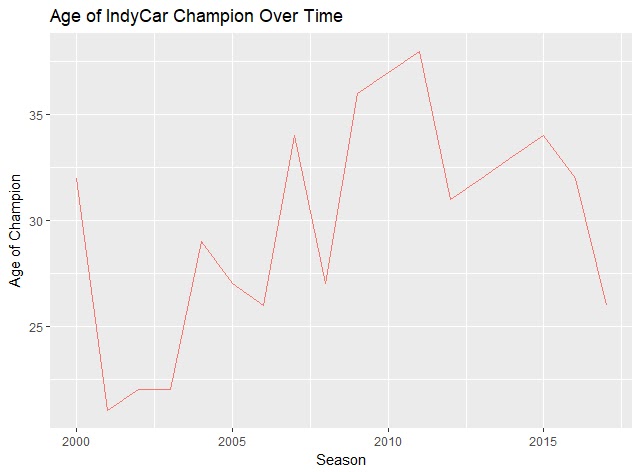 Graph of the Day is a short piece where I post an interesting graph for chart I came across while doing research. Today’s graph looks out how the age of the IndyCar champion has changed over the years.
Before Newgarden’s title at the age of 26, it appeared the age of the champion was rising ever so slightly on average. Newgarden was the fifth youngest champion since the year 2000.
It’ll be interesting to see how the younger drivers in the series (Newgarden, Rahal, Rossi) change this trend over time. As the veteran drivers start to retire, I’d expect the average age of the series champ to tick down a little.
by Drew